3D Design and 3D Printing - The Future is Now 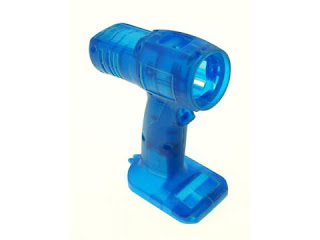 For years Autodesk has used catch phrases like "Digital Prototyping" and "Experience Your Ideas Before They're Real" to convey the concept that earlier validation and sign-off on designs can reduce errors, increase throughput, and shorten development cycles.

Early adopters of this concept realized that expressing a design through a 3D model provided the opportunity for differentiation in competitive markets from those who merely provided a pretty picture, or 2D drawings replete with layers of uninterpretable linework. The BIG benefits for companies using 3D (after winning a project) could also include higher margins on projects, shorter time to market, and a reduction in the "gotchas" of unforeseen interferences/clashes within assemblies and field failures later.


So when going about the process of creating new, previously unproven designs, seeing it in 3D is nice, but to the consumer, machinist or builder, the 3D proof is in the printed pudding. The big hurdles in generating a conceptual model have always been the tying up of expensive machinery, manpower and material costs, when in reality, the end user may simply need to get the idea of how a product would look and feel.

As with most developing technologies, cost has been the driving force preventing widespread adoption. While SLA (Stereolithography) 3D printing has been around for over 25 years, it has traditionally been so expensive that companies would outsource 3D parts and generate scaled physical models only when requested by a customer or if necessary to win work. However, 3D printing has finally reached a point where quality and affordability have converged - we're now in the age of desktop 3D printing.... 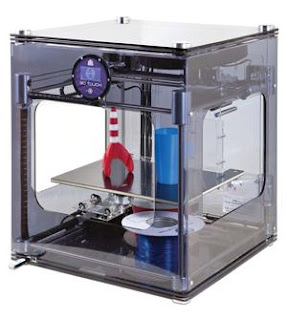 A desktop unit such as the 3DTouch from 3D Systems (link below), uses thermoplastics to heat the material through the extruder (or print head). The extruder then pushes out a very fine plastic thread which is applied layer by layer according to x and y coordinates, building a solid, 3D object, right before your eyes. And with the low cost of these systems, when coupled with 3D modeling software (like Inventor or Solidworks), the point of entry into conceiving, designing, testing and digitally/physically prototyping a design is now achievable for under $10,000.


Still think 3D printing isn't ready for prime time? A recent article on CNET.com (link below) suggests that 2012 could be the year that a "company like FedEx Kinko's will start offering 3D printing as a consumer-level service."

Imagine that - coming up with a design, uploading it to the Kinko's website, then picking up the part a few hours later. It seems that the harmonic convergence of mainstream 3D Design and 3D Printing has now been achieved.

3D Systems printers - http://www.asti.com/Products/Item.asp?Mkt=Com&ProductID=3D_systems&SolutionID=All
Posted by Trevor Fite at 10:11 AM