One of the biggest changes in Revit MEP 2012 is the addition of Duct and Pipe System Families.  Although it appears to be a small change, it actually creates a major improvement in how projects can be set up.  Prior to 2012, MEP Engineers relied heavily on View Filters to control the graphics of different duct and pipe systems.  For example, a View Filter would be created to distinguish the difference between Domestic Cold Water pipes and Domestic Hot Water pipes.  Ducts and pipes were simply ducts and pipes, and not part of a system until they were connected to a connector.  The connector contained all the information about the system.

In Revit MEP 2012, we have the ability to create duct and pipe systems before modeling and connecting to connectors with the addition of System Families.  The new System Families can now be configured prior to the project start to indicate graphical differences in the systems.  In addition to presetting up the System Families, as ducts and pipes are being modeled, the System is specified in the Properties palette before connecting to fixtures or equipment.  This change will all but eliminate the need to rely on View Filters to control the graphics.  System Families can now be configured in the Revit Templates so that all views will represent the correct graphics no matter if View Filters are used or not.  If View Filters are still desired, they will override any graphical settings that are set in the System Family settings. 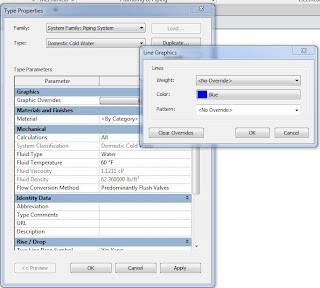 This new approach will also make it easier to switch if needed from one system to another.  Although this is typically not the desired result, it is very useful when trying to switch from Sanitary piping to Vent piping.  Prior to this release it was difficult to make this switch with in the same run of pipes. 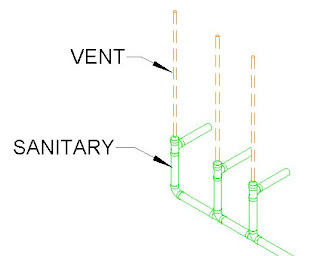 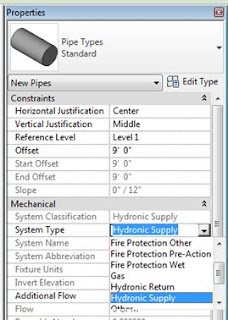 Another plus to this added feature is that we can now create additional System types.  In prior releases we were stuck with the out of the box system types.  If we were trying to create a system for Gas, we had to use the 'Other' system.  Now, with System Families, we can simply duplicate an existing System Family and name it anything we want.  This allows us to have system names that actually match our systems.