First in a series of “My Favorite New Features”


Under the category of Part Creation, a new Feature Relationship tool is available by right-clicking on the part in the Model Tree and then selecting Relationships.


A bit of orientation on the model shown.  Focus should be primarily on the features Fillet1, Emboss 1 and the Gold Revel.  Also note, the Hole1 and Violet Revel for reference. 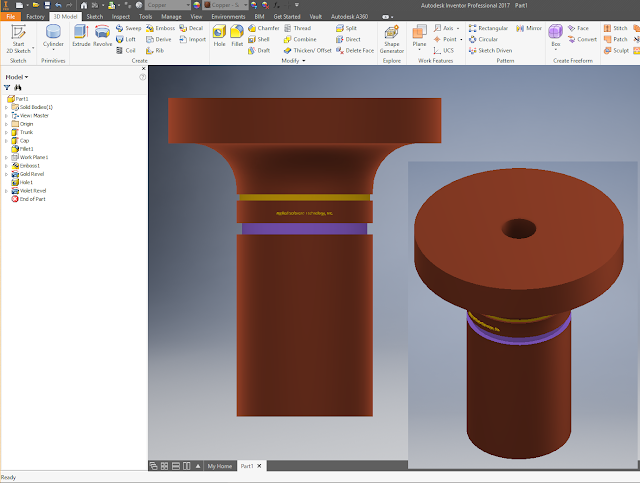 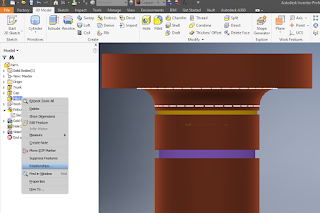 Right-clicking on the Fillet1 gives me the menu option to select Relationships…
The Relationships Manager dialog shows that the Fillet1 has as parents (top section of dialog) the Trunk and the Cap.  Children (shown in the lower section of the dialog) are listed, and the two of importance are the Emboss1 and Gold Revel.  Notice too, that neither the Violet Revel nor the Hole1 are listed.  What we learn is that there is a parental relationship by the Fillet1 (actually the lower edge) and the placement of the children Emboss1 and Gold Revel. 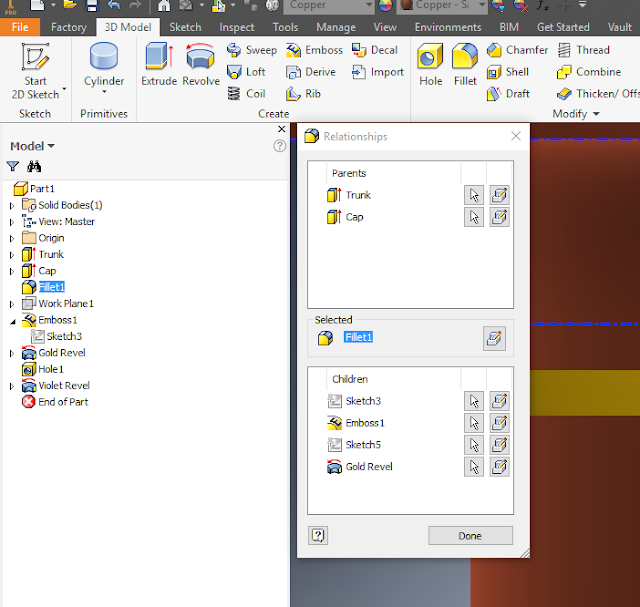 The relationship, as designed by the one who modeled the part, drives the placement of the Gold Revel and Emboss1.  If the Fillet1 radius changes, the two child features will reposition accordingly.  And, because the features Hole1 and the Violet Revel are not dependent on the value of the fillet radius, any change to the fillet radius will not affect these features. 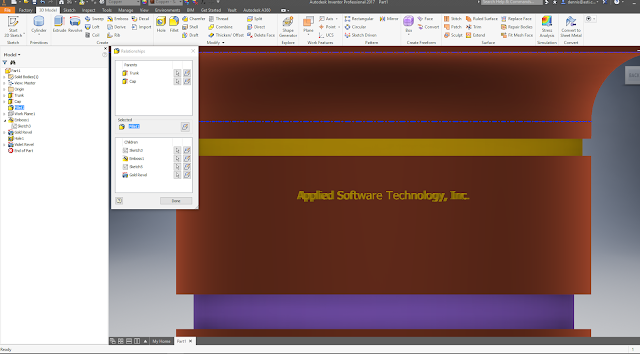 In the following example, by changing the radius of Fillet1 radius from 1-inch to 2-inches, the distance from the bottom of the fillet edge remains the same to the Gold Revel and Emboss 1, while the distance between the Emboss1 and the Violet Revel is shortened. 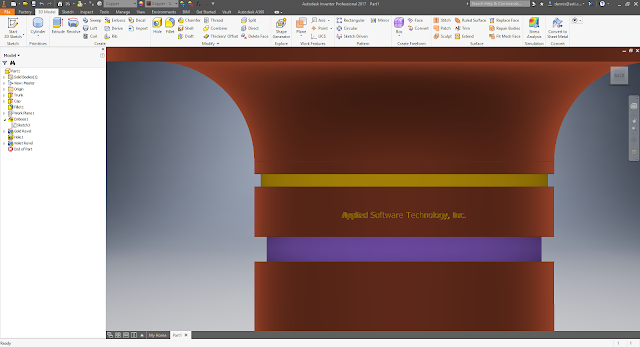 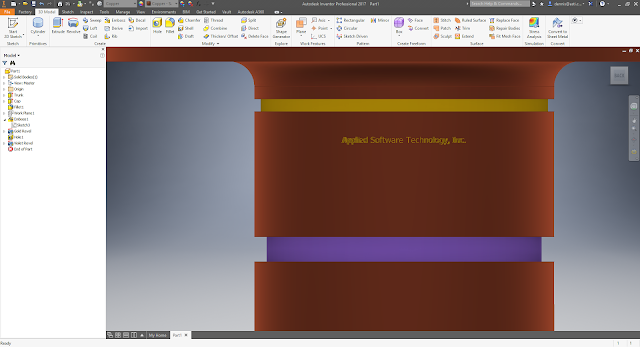 In the past, to determine the designer’s logic on feature modeling would involve studying the modeling process via moving the End of Part in the Model Tree.  Now with the Feature Relationships Manager, understanding how a model flexes becomes easier to understand, particularly as the part becomes more complex.


Next in this series, we will explore the new capabilities involving the features for Pattern.
Posted by dennis at 3:07 PM