I have had many calls about this issue with Plant 3D 2014, so I thought I would go ahead and let everyone know the issue with creation of the Orthos folder when a Project Template is used.  This issue seems to only show up after installing the Extensions (Extension 1 & Extension 2 are available via your Subscription website).  The background: When creating a new Plant Project without a Project Template, all goes well.  But, as soon as you point to a Project Template, you discover that Ortho creation doesn't work.  Furthermore, in some cases, you get an endless loop of new drawings being created, affectionately referred to as being "spammed with new drawings".

So what happened and what should have happened? 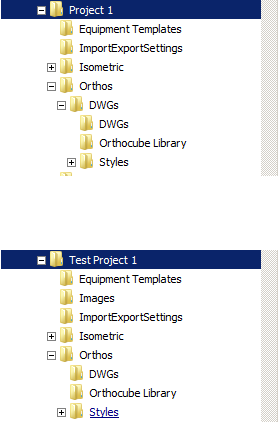 To the left shows the proper folder structure for Orthos, and requires a change to the settings adopted from a Project Template during creation of new project, and then a change post-creation of a new project.
Note that the DWGs, Orthocube Library and Styles folders are listed under Orthos/ 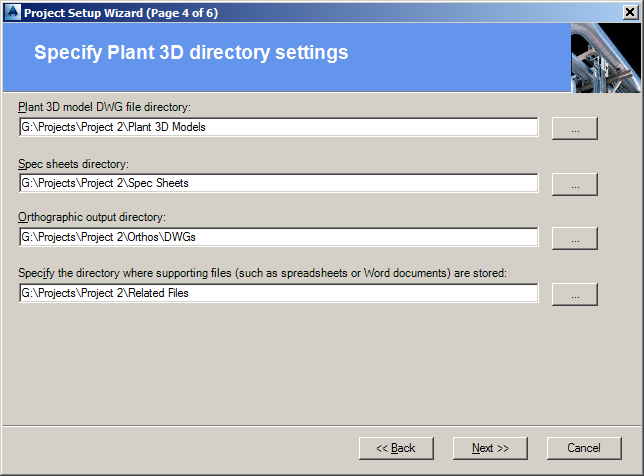 Within the Project Setup Wizard, Page 4 of 6, the standard setting for the Orthographic output directory: is ...\Orthos\DWGs as shown in the pic to the left. 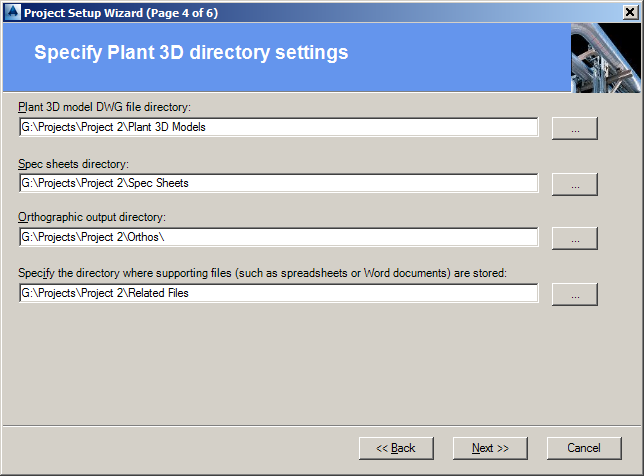 Backspace out the DWGs folder so that the Orthographic output directory points to Orthos\ folder as shown in the pic to the left.

Continue on through the Project Setup Wizard, accepting the default settings, but do not check the box on Page 6 of 6 to “Edit additional project settings after creating project”.  I have found that if I do check this box and make the needed change, it still messes up. 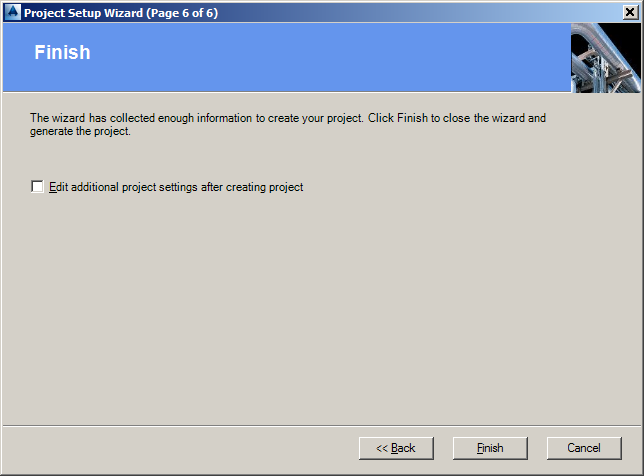 Leave the check box blank and allow the new project to be created.

Once the new project has been created, it is now safe to make one last edit to the Project Properties need to insure that Orthos will be generated properly. 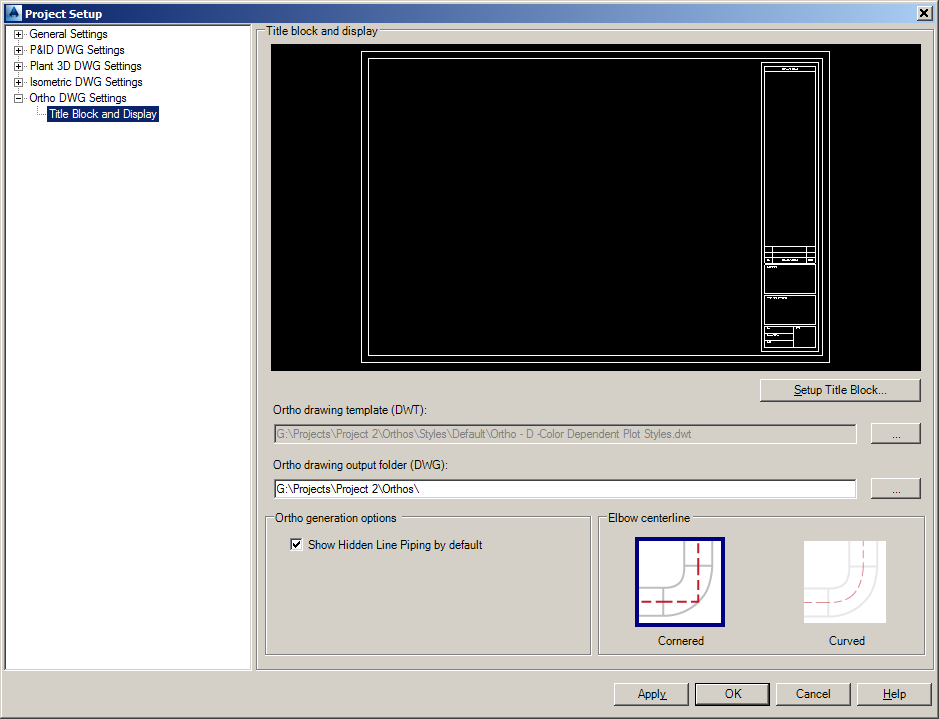 Note that now, as was set in the Setup Wizard, the Ortho drawing output folder is set to the …\Orthos\ folder.  The setting will need to have the DWGs folder added. 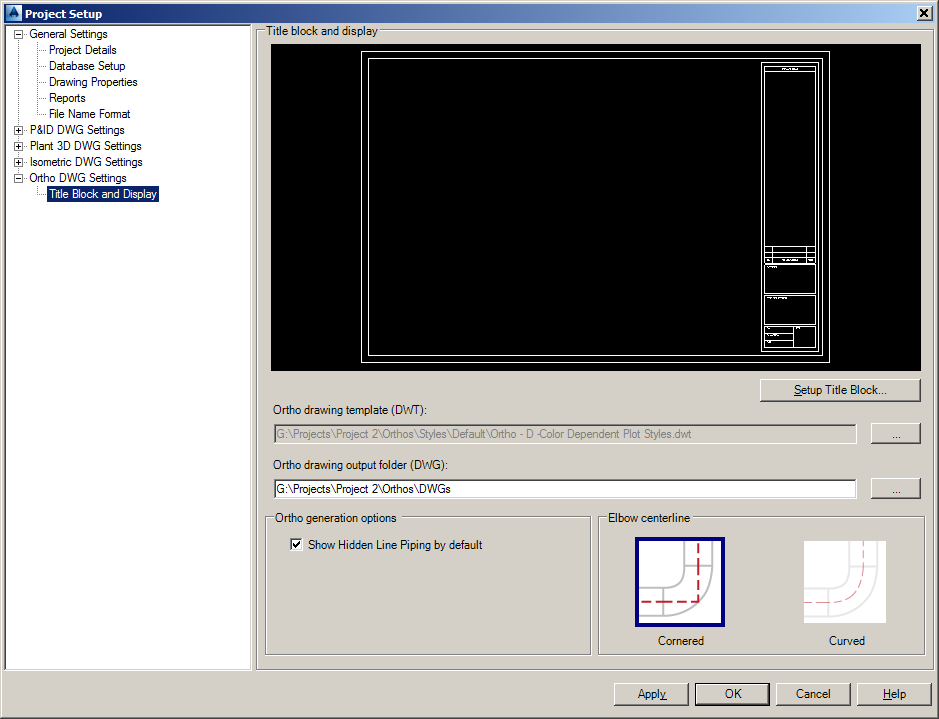 Note the setting now for the Ortho output folder ends with the DWGs folder.